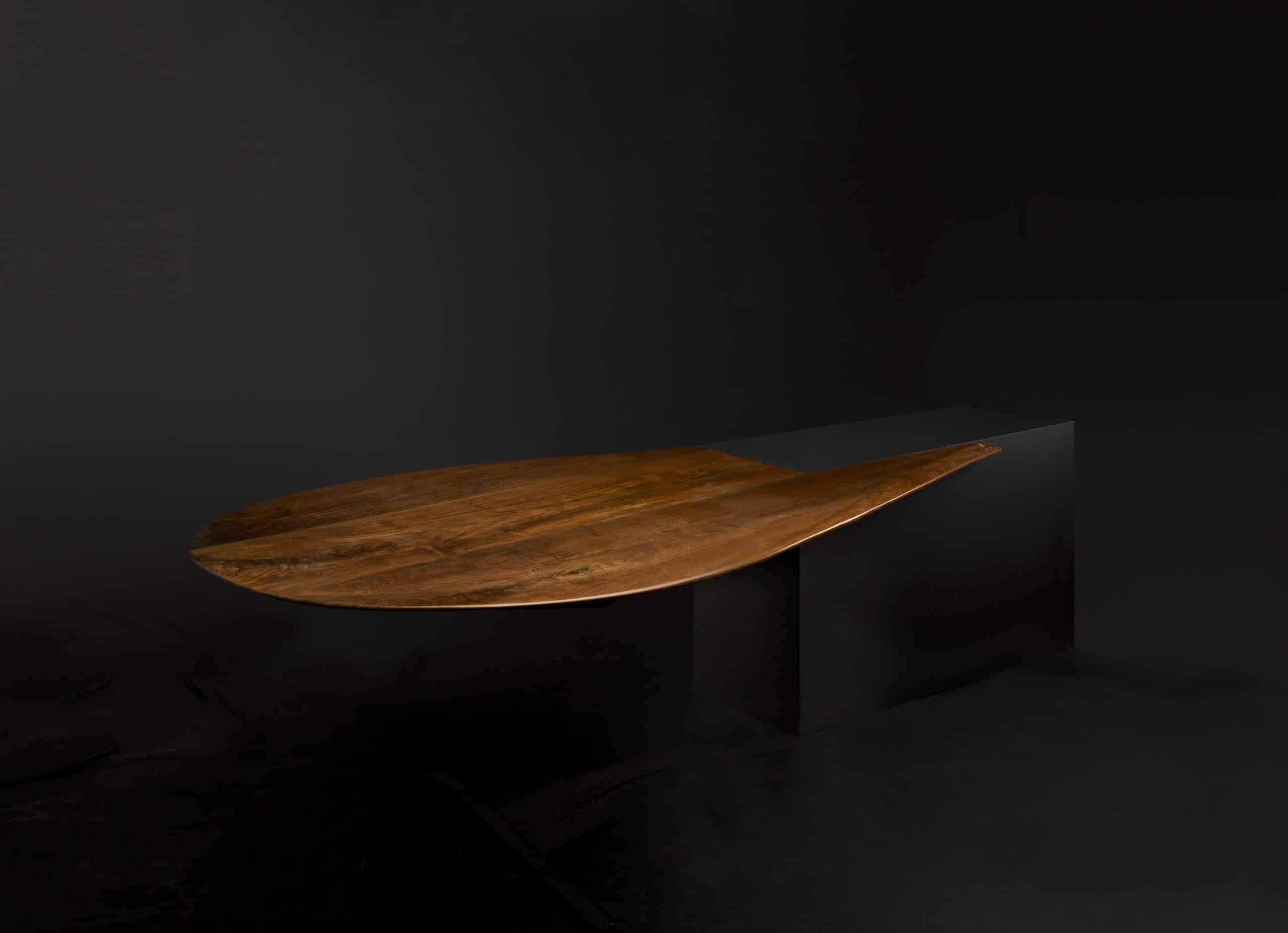 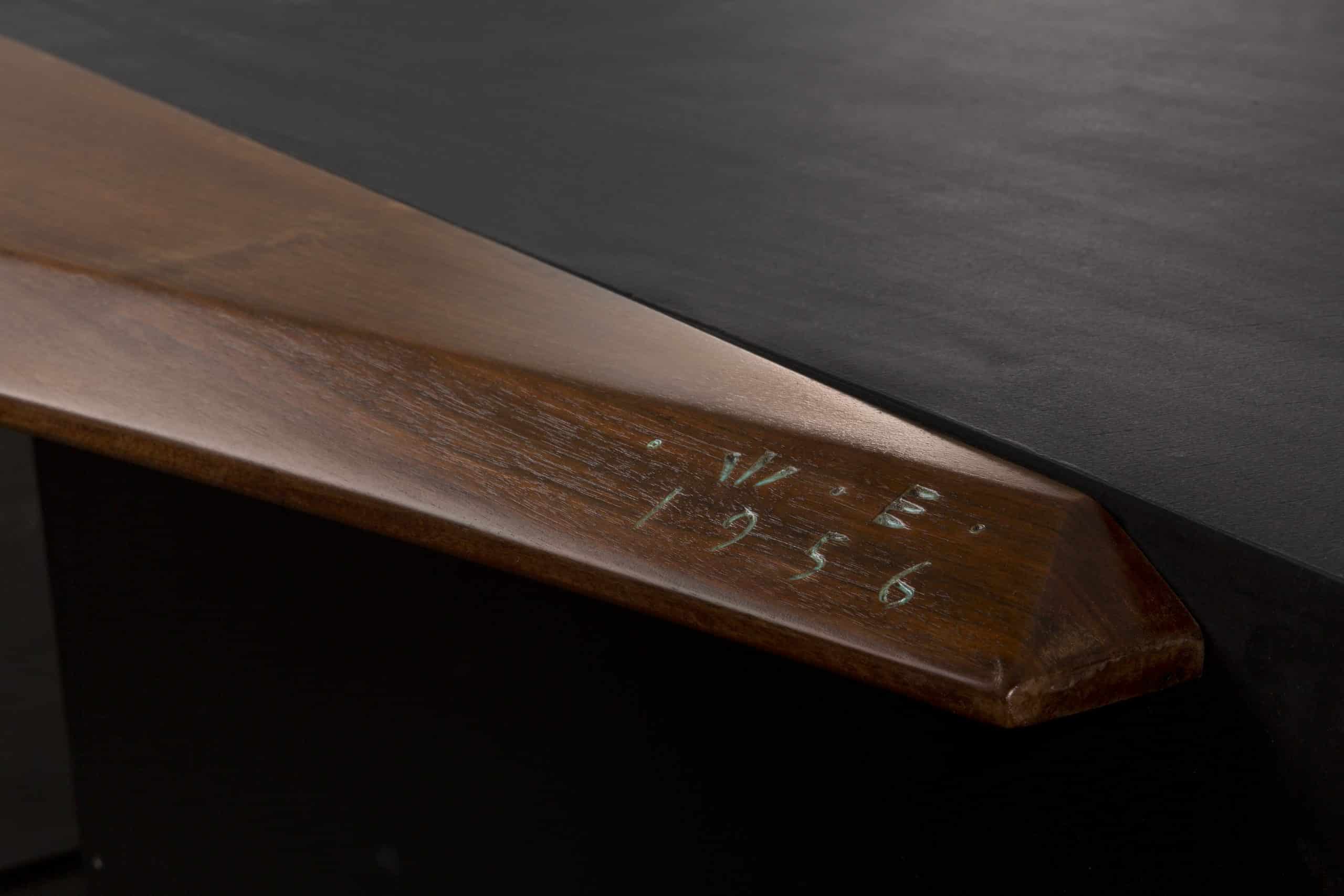 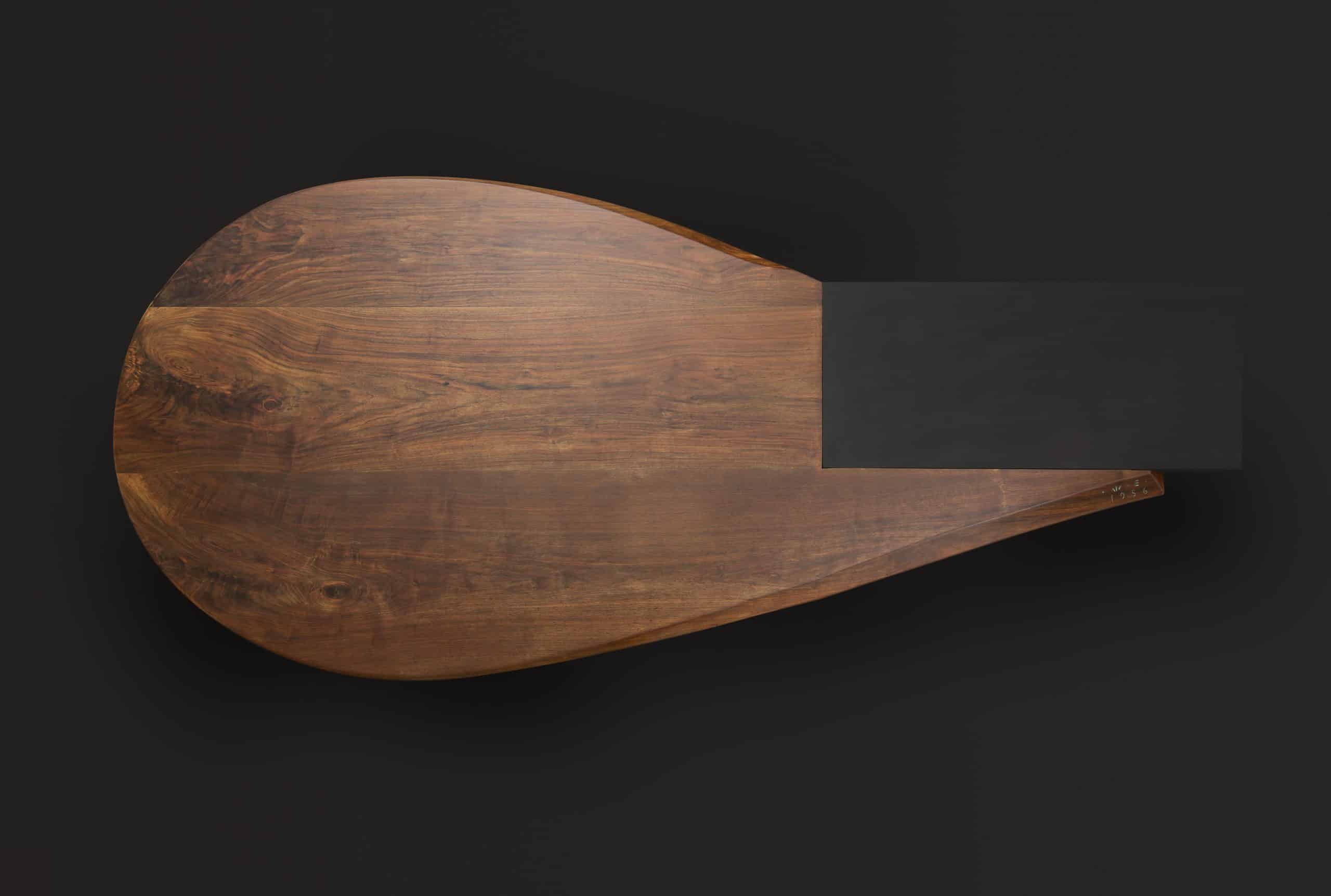 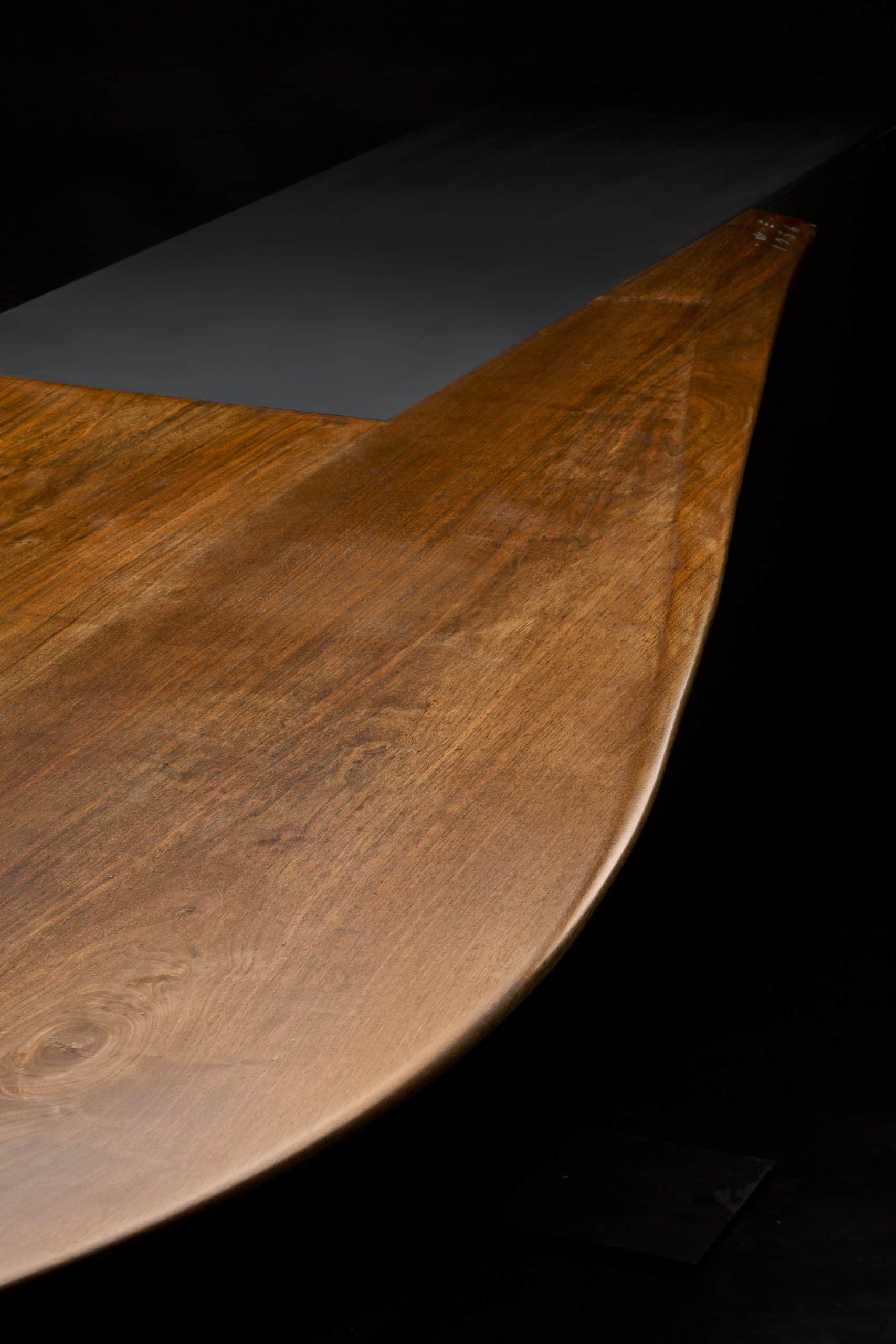 American walnut
Hand-made crafted in Wharton Esherick’s workshop, in the pure tradition of the American Craft Studio
Unique piece designed for the Seiver family, for the kitchen in their new house in Villanova, Pennsylvanie (USA)
Incised with initials’ creator & the date
1956
Length: 92 1/2 in. / Width: 48 in. 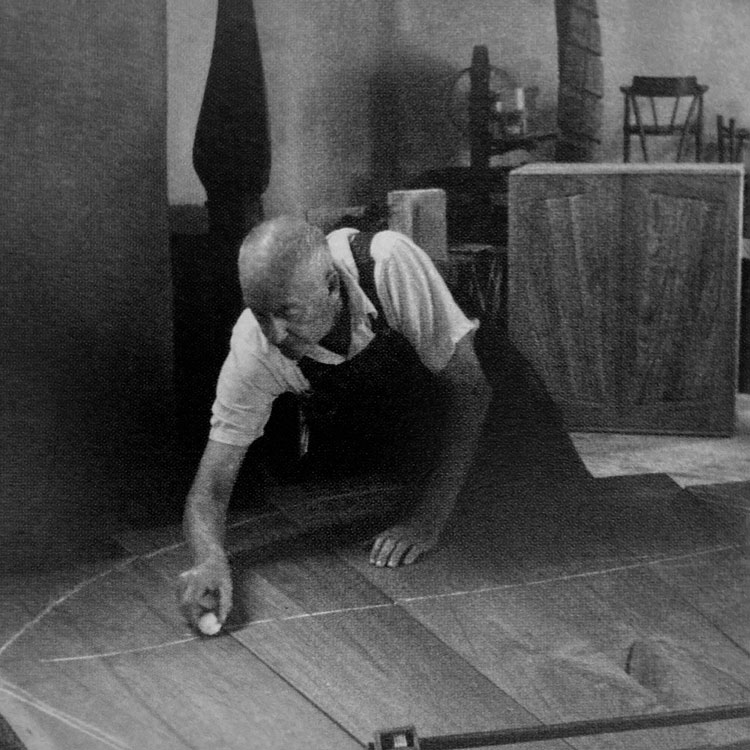 Wharton Esherick is an American designer known as the father of the American Craft Studio movement: they refuse industrial production, then in vogue, and prefer the hand-work to sublimate the wood. He had an intuitive approach and he challenged some traditional forms of furniture. He launched a new momentum, then followed by a small group of designers, such as Sam Maloof (1916-2009), Phillip Lloyd Powell (1919-2008) and George Nakashima (1905-1990).